Anyone who has talked to me for more than five minutes is probably rolling their eyes. One of my favourite verbal idiosyncrasies is to cheekily describe things as “hard”. If someone trips, walking is hard; someone splits a bill incorrectly, math; stumble over a sentence, talking. You get the idea… However, as my Peace Corps service concludes, I’m finding nothing is harder than a goodbye.

I had a language tutor, Lily, who would give me a hard time for saying 再见 (zai jian) instead of 拜拜 (bai bai). She very kindly called me dumb, and told me Chinese people don’t like to say zai jian—saying baibai is more colloquial, more common. I tried to explain that I couldn’t say “baibai”. It’s a loanword from English. In English I would never say “bye bye” to someone, so saying it with a Chinese accent just felt entirely foolish.

In hopes of changing my mind, Lily explained the denotation of zai jian is “see you again”. She explained that there was an implicit formality to it that I didn’t need in everyday conversation. In one of my most stubbornly “Murica” moments as a PCV, I flatly responded, “Nope. Still not saying ‘baibai’”. She sighed and moved on with our lesson.

I’ve been thinking about this language lesson a lot lately. I’ve been using the knowledge I gained to help say goodbye. Saying goodbye to my friends, colleagues and students has been so difficult. When I said goodbye to family and friends three years ago, I thought it was tough. In hindsight, it was nothing. I’m returning to my family and friends.

Today, I had to say goodbye to my counterpart, Agnes. She’s been an integral part of my success at JiaoDa (that’s the nickname of my school). When we met, she was new to the school, after studying and working in Beijing. One of the first questions she asked me was what I thought of her English name, because she was thinking of changing it. I told her to change it would be a tragedy. She had heard it was considered old-fashioned. I couldn’t deny such a claim, but I insisted that uncommon names are becoming popular again, and I thought her name was the best.

We were originally planning on sharing a nice goodbye meal, but she’s recently learned that she’s pregnant. She told me her appetite is gone, and now that her mother has moved in with her and her husband, she’s under strict watch again. (She politely laughed when I asked if she felt like a child with-child.) Because of all this, the only chance I could see her was as she finished proctoring a final exam. I helped her haul an enormous stack of exams to an office, where she needed to run some scantrons.

As I thanked her profusely for everything, I found words escaping me. Is there an eloquent way of thanking someone for basically taking care of you professionally? Making sure your ‘I’s are dotted and your ’T’s are crossed (or, in the case of Chinese, your strokes are in the right order)? My words failed me.

I found myself wanting to joke about being her future child’s crazy American uncle. I wanted to say I’d be back for all of the exciting milestones. But I didn’t. The fact of the matter is I may never see her again… Instead, I made her swear to flood my email with baby pictures. I joked about picking out the perfect English name. Before I got too choked up, I said goodbye, baibai and zai jian. I said zai jian twice. I said it thrice, because I want it to be true. I will see Agnes again.

As I walked back to my flat, it dawned on me, because I’m not a picture person, I don’t think I even have a photo of her and I together…

Goodbyes are so hard.

23 February through 1 March was Peace Corps week. In addition, this week was the final first week of classes of my own Peace Corps experience. My final semester has begun. I'm trying to be mindful of this. I want to appreciate everything, and if you'll cue up Aerosmith, I don't want to miss a thing. (Don't click on that link; you know what it's going to be.)

When we last left our hero, he was brimming with optimism—the hope of a pleasant vacation to recharge the proverbial batteries and reboot the proverbial operating system on the horizon. (Is it obvious I recently had to take my computer to the Apple Store?) Alas, this happy ending was not in the cards…

That’s right. After writing about how low I had fallen during the fall, and writing about how optimistic I was going into the winter, I found myself crestfallen, perhaps lower and more downtrodden than ever before.

Well, I thought you’d never ask.
Want to keep reading? »
Posted by Unknown at 11:30 No comments:

My Own Slice of Zen

Spoiler alert: This one’s all about me.

Yo-ho, yo-ho. An expatriate's life for me.

I know what you’re thinking, and yes, it’s been a long time (over a month? Sheesh!). In my defence, I’ve been busy. 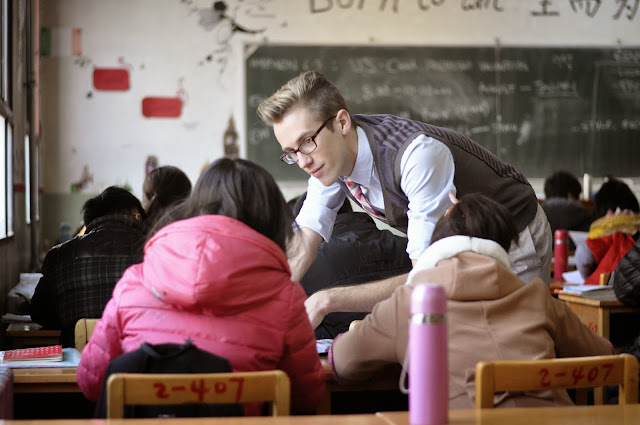 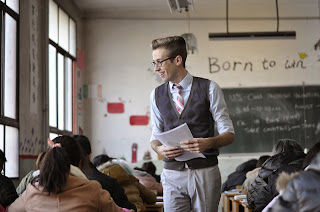 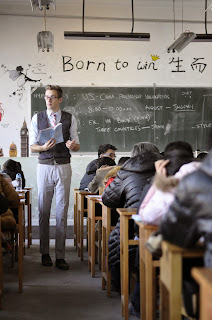 Another month, another six blogs I didn’t write.

Semester five is about halfway through, and at this point I’ve not written in an embarrassingly long time. Not that it is any consolation, but I have thought about writing. In fact, I have two half-written blogs from this month taking up space on my hard drive.

Not that any of that matters. What matters is what I publish. My lack of output is directly related to the amount of work I have this semester. I am teaching the PC-standard 16 hours per week. However, the overwhelming part is that of those 16 hours, I have seven different preps in a week. It is, in a word, yucky.

Despite having 553 things to do at all times, I have been feeling incredibly guilty due to my lack of updating. Combine that with a weird instance from last weekend and not yet writing a post about Halloween, here I am writing instead of grading the 120 midterms on my tea table.

This weblog, its writings and the opinions expressed here do not reflect the opinons of the United States Government, nor the Peace Corps.